BISITA "BE MY GUEST" Officially Launched 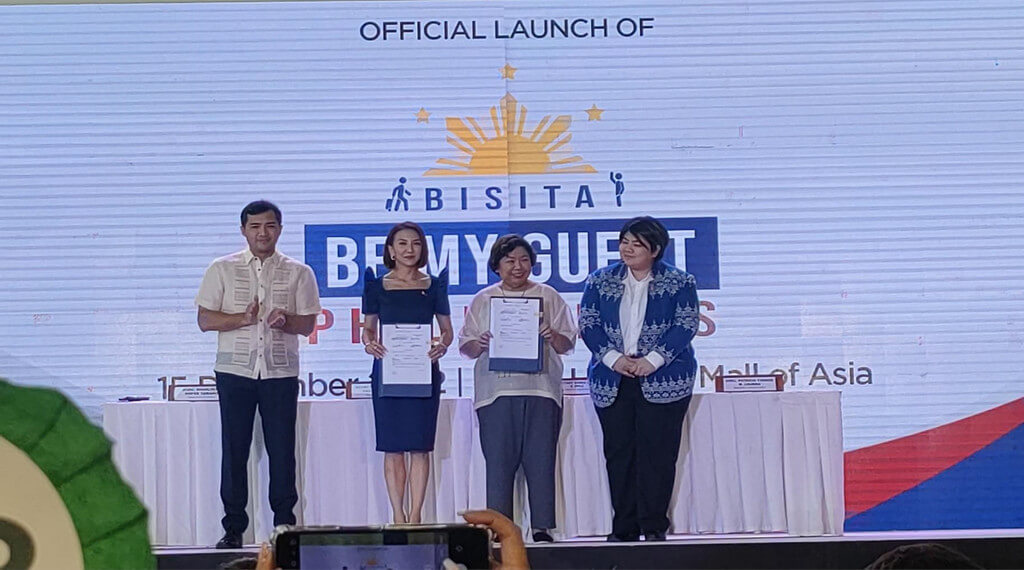 PASAY - The Philippine government officially launched last December 13, 2022 the Bisita Be My Guest (BBMG) program, incentivizing Filipinos who will invite foreign tourists with travel discounts and a chance to win a condominium and free vacation trips. The campaign, which will run from January 2023 to April 2024, will be led by the Department of Tourism (DOT) and the Department of Migrant Workers (DMW), Ma. Christina Frasco said in a media interview.

The "Bisita, Be My Guest" program launch aims to involve the active participation of Filipinos to promote the country. The advertising campaign encourages OFWS and Filipinos living abroad to promote travelling to the country so the former can benefit from the advantages and help enhance life by being able to generate travellers’ interest on a larger scale.

"We launched the Bisita Be My Guest program to correspond to President Ferdinand Marcos Jr.'s call for our fellow Filipinos to be the best ambassadors for the Philippines all over the world. And we hope for the support of our OFWs (overseas Filipino workers), our fellow Filipinos to herald their love for the Philippines by bringing home foreign guests into our country," Tourism Secretary Ma. Christina Frasco said.

"But admittedly, we really have to focus on accessibility, that is the availability of flights. We're also working hard at ensuring that we improve the tourism conditions in the Philippines," she added.

Also present at the launch event was DMW secretary Susan Ople, who underscored the BBMG’S significance in empowering OFWS to help the country, particularly its tourism industry.

"(On) behalf of the department of migrant workers, (on) behalf of the OFWS that we represent and the families that they belong to, I just want to say, let's make this work," Ople said.

The DOT continues to work overtime to improve the country's tourism industry through infrastructure, accessibility, and connection, among other things. The Philippines has much to offer, from year-round festivals to rich culture, to natural wonders. Its distinct beauty, if used and promoted properly, can equate to an upward movement in the economy. This is not a rocket-science mission but more of a collective initiative in which everyone can actively participate.